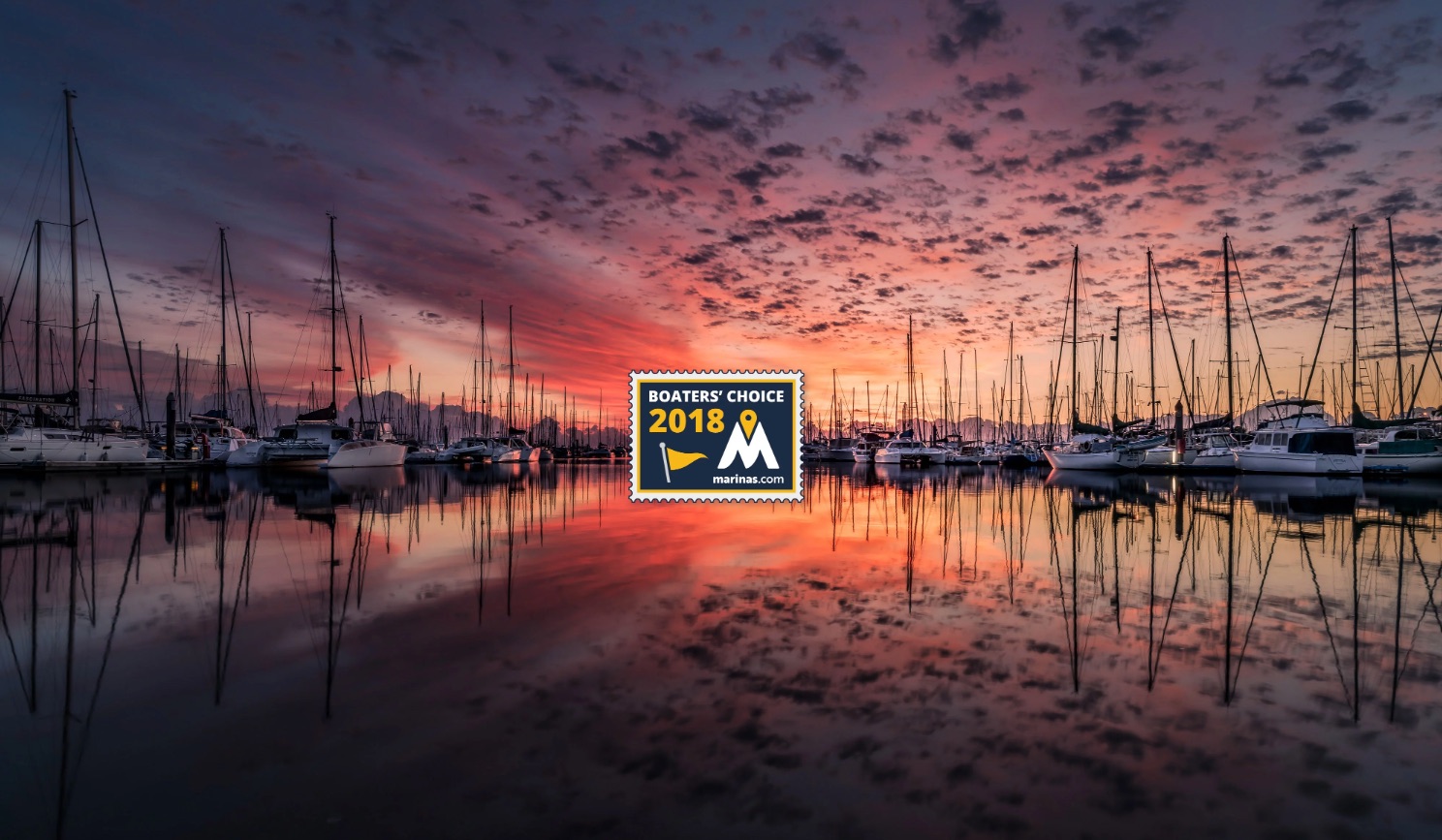 After coming under new ownership last year, Marinas.com revised what it means to be a Boaters’ Choice marina. Rather than rely on a condensed voting period at the end of the year, Marinas.com leveraged its thousands of user reviews to determine the 2017 award recipients. By relying on reviews submitted throughout a marina’s season, Marinas.com was able to give all boaters an equal voice and all marinas an unbiased assessment of their standing in the boating community.

The tradition continues this year; any marina with at least three reviews in 2018 and an average rating of at least 4 stars received the accolade of being a 2018 Boaters’ Choice Marina. This year’s recipient group is comprised of 217 marinas that consistently provided excellent experiences to their boaters in 2018.

The 2018 recipients list includes a diverse range of marina businesses, from private yacht clubs to public service yards, and locations from the west coast to Marinas.com’s hometown of Newport, Rhode Island. Marinas.com includes profiles for more than 8,500 U.S. and Bahamian marinas, which places the 2018 Boaters’ Choice winners in the top 3% highest-rated marinas in the US & Caribbean.

This year, to further recognize those that not only provided a consistently positive experience, but went above and beyond to delight their boaters, Marinas.com added the Elite Fleet tier of the Boaters’ Choice Awards. Representing the top .2% highest-rated marinas in the US and Caribbean, marinas in the Elite Fleet received at least ten boater reviews in 2018 and maintained an average rating of at least 4.8-stars. Click here to learn more about qualifications for the Boaters’ Choice Awards.

“We live in a world where providing excellent customer experiences is table stakes for success,” said Dockwa & Marinas.com CEO Mike Melillo. “The addition of the Elite Fleet tier of the BCA lets us recognize those marinas that are both overwhelmingly loved by boaters and are actively putting boater needs before immediate business needs. We believe a strong star rating coupled with a large volume of reviews confirms a marina’s excellence, and demonstrates a marina’s willingness to relish feedback, positive and negative, in order to provide the best possible experience.”

Only 21 marinas listed on Marinas.com qualified for the Elite Fleet. To commemorate their achievement, they will receive emphasized recognition throughout Marinas.com as well as a custom-framed, Elite Fleet Boaters’ Choice Award.